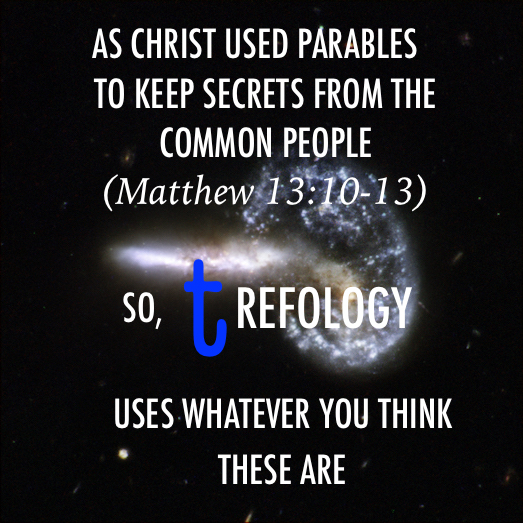 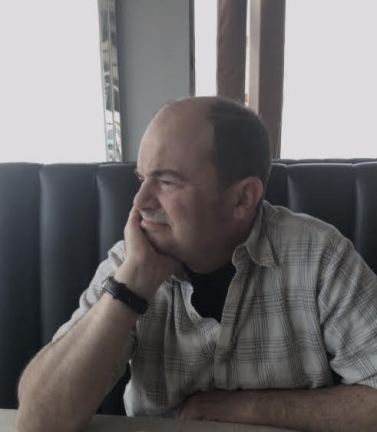 Trefology, has been described by one & none as the Fastest growing movement in America (non-participating states excluded)

Trefology’s goal is full knowledge. Not all knowledge. Just full knowledge. Simply stated, as much as you can eat without becoming violently ill. Much of this knowledge is all ready known to you, but it is locked away deep in your unconsciousness. Through reading Trefology one will eventually, and with great effort, come to pocess this knowledge again. At which point, you are welcome to forget it all over. In laymens terms, trefology is the science of figmentalism. But enough about the laymen. What do the laymen really know anyway?

With Trefology one is free to construct your own reality within the realm of the writings. Like the song says, “Would you like to swing on a star?” Well, you can! (if you take any stock in what Bing Crosby says**)

In Trefology you are in charge of your own corporeality. So, in other words — What you create will sustain. And for-ever!

But be careful! That which you build could very well become the reality of your next 50 billion years.

*there are no give-backs

To become a certified Trefologist one must only read its teachings. Through our trademarked use of mild-repetition, monkey sounds, & subliminal instant messaging, the hypnotic prose will eventually lull you into a false sense of other-beingness, which can only be sustained by returning to the site repeatedly.

Once, after a lecture, I was approached by an eager student who asked me, “When a moth dies does it continue to follow the light?” Well, I told him with my fists what I am telling you now with my words: My promise to you is thru trefology that moth can & will arrive in whatever sort of paradise that God has set up for moths.

If not that moth gets its money back guaranteed!” * 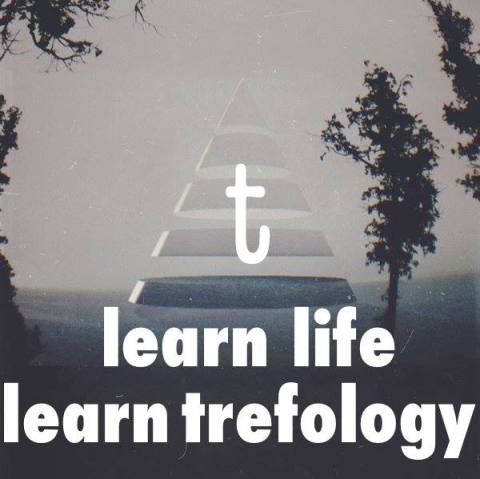 Around a globe tens of beings escaping the cold with the promise of a clean shave & a bowl of hot soup, have been disclosing themselves privately in low whispers to be Trefologists. But the clock is tocking. Soon the soup will be gone and the globe will be set a-flame.

Will you join them?

“If I have helped just one person achieve a higher state of being, then I have seriously wasted my time. My God, My God, don’t let this all be for naught. I could have done anything else.” 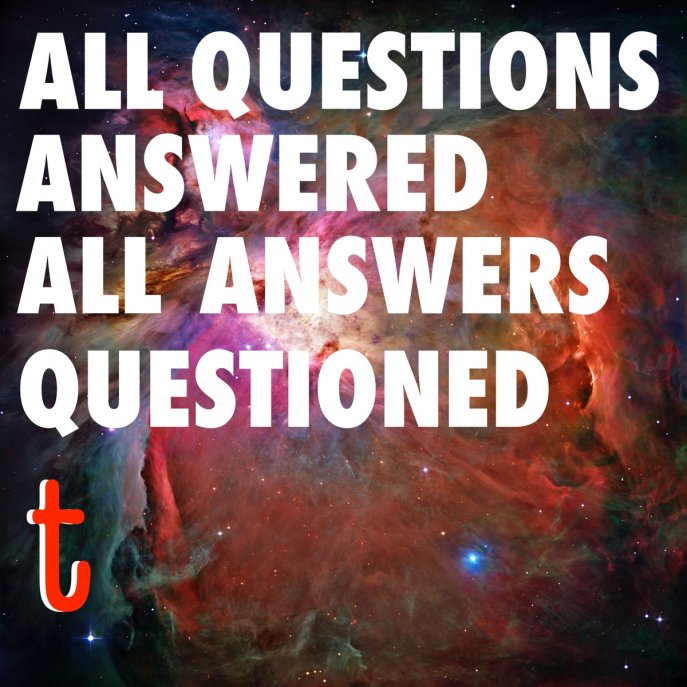 “I believe everything I read according to my biographers.”

Mr. George Raymond has been described by her contemporaries in Philosophy & Writing as a unique mixture of H.P. Blavatsky, H.P. Lovecraft, & an H.P. 85 Personal Computer.

“Seriously, I do not know who any of those people are. I only know who H.R. Puffnstuf is.”

George was born into a re-nown American Shakespearean family. A family so strict to the law of the Bard, that his mother was played by an adolescent boy in drag.

Our Founder stands a fearful 6 feet 7 inches in his Pinball Wizard boots and a mere 3 feet 2 if you were to saw off his legs.

“A Moonshadow once tried to take my legs and all my teeth, but I successfully evaded it.” 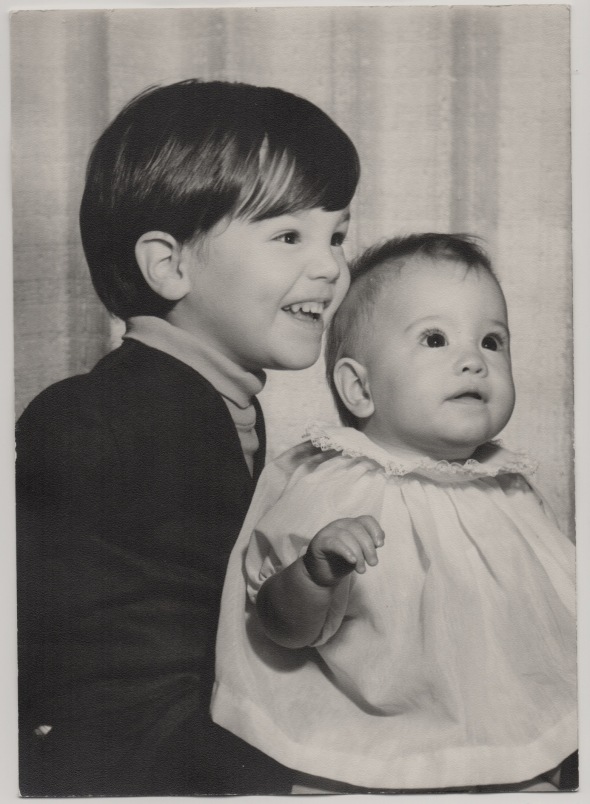 Our founder during his days as drummer Jimmy Nicol’s alternate

George’s working class father was known in their neighborhood as an ‘angry drinker’. “My father loved crazy straws but was never good at pursing his lips, even with the application of a lemon. This made him angry.” As such it was always a volatile situation at home. To escape the brutal spankings George began tucking books into his pants. “One night in particular, my father came home after an attempted bender, and gave me the old, ‘This is going to hurt you more than it will hurt me’ bit. Then he took off his belt. Put me over his knee. Dropped my pants. And got lost in a good book.

Is it any wonder than that many of the Trefology Social Betterment Programs (TSBP®) deal directly with spankings & unreturned Library books? 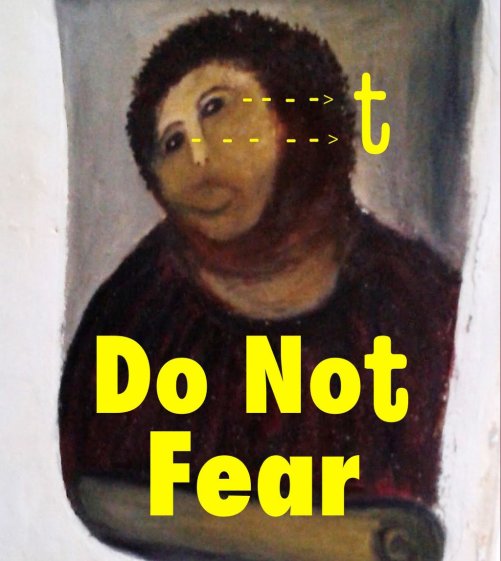 “My mother could not hold her liquor. Especially, after she had her thumbs removed. I consider the problem solved! Thru Trefology her dependence on alcohol is gone!”

“The only time I’ve raised the bar is in limbo.”

George grew up in the bay area of the Bay Area. He was a rough & tumble kid ™ always getting into scraps with other kids, & causing mayhem.

In the 1970s George, a practising adept, briefly traveled as a backing ‘musician’ for the hitmakers the Captain & Tennille. A mostly unnecessary job as he learned that all the sounds were actually produced from within the Captain. Still, George made it as high as 1st Lieutenant before being dishonorably discharged for questioning the value of a song about sexual relations with a muskrat.

Undaunted, GTR went on to study at San Francisco State where he majored in Amphibology & Tea-spoons

I studied reverse psychology in college, though, I know that’s probably nothing you would be interested in hearing about …

It was at this time that George began thinking about his legacy. Nearly 50, he realized that despite his sweat & toil, he had very little to offer his descendants, who showed little interest in his collection of sweaty toils.

I had three Heirloom Tomatoes at home. That was all I had to my name. I decided against eating them as I hoped that one day they would be for my grandchildren.

Despite his mild success with Trefology, he still has those tomatoes.

“Anything else?” Asks George, dismissing my words with a flick of an ant. “Come on, Bones, when I was a court reporter I asked questions faster than that.”

Then, George added, softly, to a turtle he kept hidden in his coat pocket “There will be no war.”

Luminaries, dictators, Theocrats & sexual deviates, aside, George loves to hear from his fans

“For the first time in my history, we have a chance at understanding the great questions of my life. Is Trefology a collection of pithy half-jokes posted on a blog for few to see or understand, or are they the keys to the eternal questions of my timeline? …I think I’ll be surprised by my answer”

All Writings by George Raymond

Time, photographs & butt-kicks (unless otherwise noted) by A. Pelias

This blog is dedicated to J & J. Without whom …

You know, one could always start at the beginning …