“In this game of life

The Backside of Water 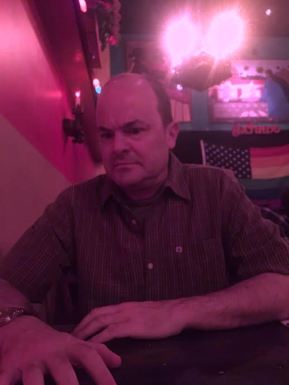 To know life one must have lived life, and also, not yet be dead.

Because if you’re dead, then you are right back at the beginning,

and what the heck, anyway.

Me? I have always been in the center of life with

a capital L, followed by three other letters.

In fact, I’d say, few people know life as well as I do,

especially in regard to things

that are very specific to myself.

(Mr. Bones), let me tell you how I began

my search for the answers of life.

Yes, I still can recall that fateful vacation to California.

It was Winter in Anaheim, California

and the city was experiencing an unseasonably strong ginger snap,

with temperatures dropping into the mid A,B,C’s.

My father was in Los Angeles looking for

extra-work in the radio dramas.

Back then, Hollywood was an unforgiving town.

The dead littered the streets.

So did the living.

My mom eventually found a job

as a production head in charge of hiring at CBS.

My father, though, was never able to find work.

Desperate, he tried to take his own life by

but only managed to make himself pee for 75 minutes straight.

If only he had not done so in his sleep.

Due to a genetic anomaly between my parents & the labs of Monsanto,

I was gifted an eidetic memory. ¹

That is to say, I can recall every single moment in my life

As an example, on that particular day the sky was purple.

Even my skin had a purple-ish tint.

and the sun was hitting my memory in such a way

that everyone’s face was out of focus.

I recall the word ‘Kodak’, too.

Such is my curse, I guess.

I was not a paranoid child.

But by mid-afternoon I could tell something was awry.

My parents kept looking at me in a suspicious manner.

They often did this when they were about to

but I could tell that this day it was going to be something more.

My fears were later confirmed when,

as we were exiting Frontierland,

The same way he would when he suspected we

kids had been in his office and reading his Archie digests.

Suddenly my dad pointed toward some shrubs

When I turned to look, my parents ran off.

I never saw them again.

Not for for another twenty minutes, anyway,

when I saw them entering the Adventures Thru Inner Space ride.

They had a boy with them that looked a lot like me.

they could not hear me.

Why oh why did I have to be so close to the din?

you never had the opportunity to go on that particular attraction,

the rider is miniaturized into the size of an atom and

then sent directly into the center of a snowflake.

It was brilliant, but tragically for my family,

not very popular and the ride was shut down permanently

they are out there to this day floating around

the ether of the shitty Star Wars ride,

that would later replace it.

And, you know what?

I never did get to see Johnny Whittaker.

I thought I might be doomed to wander the park for-ever.

I slept in the Jungle Cruise ride,

were I was to befriend a group of automatonic wolves.

Just before dawn of the following day,

I snuck over to Main Street &

With little else to do,

I would sat for hours watching the great robotic man

or, a new way of standing up from his chair.

Lincoln noticed me sitting alone in the theatre

and gestured for me to come over.

As I drew near Abraham stood up from his chair,

and gestured for me again to come up on stage.

He had a secret to tell me, or so I thought.

I leaned in close. Lincoln peeked at his notes,

and then gestured at me again,

even though I was mere inches from his face.

He cleared his throat of dust & wires,

and looking directly into my eyes

recited to me the Gettysburg Address.

It was beautiful moment.

One only for myself.

I will always treasure the hour I spent with the Great Emancipator.

The robot Lincoln had a certain undefined quality,

that one often finds when searching incomplete dictionaries.

He was also wonderful kisser.

But, that my friends, is a whole other made-up story.

TREFOLOGY – JOIN US WHILE WE STILL WANT YOU

¹ Eidetic memory is to-day largely referred to as one who possesses a photographic memory. The earliest known example of someone displaying signs of a photographic memory was in 1840. His name was Matthew Nemerov. Matt, as they called him, knew almost nothing & was considered an idiot by many. But it was 1840 & photographic processing was still in its moronic stage.