is good and evil

to the last drop

A message from our Founder 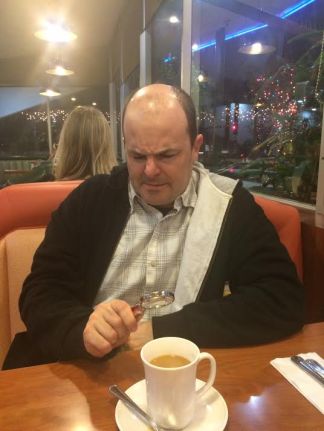 Vaughn Monroe had it all wrong,

Ghost riding in the sky

is something I could totally get into.

I certainly could think of a few worse ways to spend an evening.

but you can see the dilemma, as,

I probably could not be one,

without first being the other.

Of course, ghost riding is not for everybody.

Which is why here in trefology

before a new member starts on their journey,

they are first asked to search for their own ‘golden knife.”

What is a golden knife?

Once during one of our long family drives up to the mountains,

my father turned to me & asked what my golden knife was.

My ears suddenly pricked up and I was

woken from my backseat long-drive fog.

My dad just shook his head & turned his attention back to the road.

& we continued on with our silent drive to top of Raymond Mountain.

Later, after we arrived at the family cabin,

my mother explained that my father had asked me if I had a goal in life,

but I assured her I all ready had

— and that was to find the elusive, magical golden knife, as promised to me by Fortuna.

And I vowed to my mother that from that day forward

I would never stop looking.

DO YOU KNOW WHERE YOUR MAGICAL GOLDEN KNIFE IS HIDDEN?

(If you all ready have your golden knife, might we hold it for a bit?)